12. 7 Steps to Prepare For The New World

There are 7 things you can do right now to prepare yourself for the world post Covid-19.

1. Settle your debt if possible - Recommended if you have the ability to

2. Save Cash - Cash is needed for long term sustained living and survival

3. Spend time and make amends with people who are important to you

4. Make a will - Speak to a legal representative or attorney to get this side of your life in order.

5. Do what you can to earn some money - You may not need to give up your identity to make a living in this new world, but be willing to make changes to survive in the new world.

6. Simplify and minimize - cut down on the things you have to make some cash but also to declutter your life and less burdened by the things that you may have accumulated.

7. Use your time well - Use your time to work on yourself, to stay healthy mentally, emotionally, physically and from a work point of view. 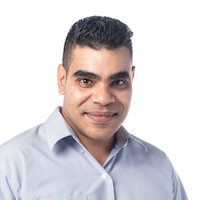 Burhaan Pattel is a self taught digital marketing optimizer. In 2014 after reading Tim Ferris’s book “The Four Hour Work Week” he set a 100 day goal to be self sufficient and to leave his home country and start traveling the world. He since lives in Bangkok running a 6 figure freelance business with clients in Singapore, Hong Kong, United Kingdom and the United States. He’s built his reputation for delivering to his clients what they ask and more. He’s been through the mud, been kicked when he was down and has bounced back numerous times over. Saying that he knows a thing or two about digital marketing is an understatement.

Burhaan Pattel (00:00):
Hey welcome to the marketing stack my name is Burhaan and in this episode I'm not really talking about marketing I'm talking more about sort of life stuff, talking about the seven step to prepare for the new world. And this was a recording that I actually did on YouTube, so you know if you’re wanting to listen to this episode on Youtube just head on over there, be able to see what I look like too but yeah enjoy this episode and I’ll see you soon. Take care.

Burhaan Pattel (00:33):
The seven steps to prepare for the new world. So I know that's a little bit more, but maybe, and, I was just having a conversation with my parents about some of the stuff there in the seventies, and they living across the world. I'm in Thailand, they're in South Africa, so it's a little bit of a challenging situation. So I was getting into this conversation with folks about what to do, because they've got a restaurant. My dad was a, he's also a real estate broker, so he can't really do much countries on the lockdown. I'm well, thanks, Diablo. Appreciate that hope. You're well, too. So seven steps. So step one I would say is settle your debt if possible.

Burhaan Pattel (01:49):
If you've got a little bit of debt leftover on a credit card, sometimes that's not possible, but, it's a good, good thing to do. And maybe it's a responsible thing to do because the fact of the matter is we don't know how long this situation, this lockdown, this no work, this, maybe less work or maybe unemployment, depending on what your situation is, is going to be. So, the next one is spend time or make time with make time for people who's, who's important to you. One of the, one of the reasons why I'm sort of spending a lot of time with parents and, you know, brothers and friends online, obviously we socially distant. I live in Thailand, everybody's else's around the world is because of the fact that, well, you know, this virus has brought on just the knowledge of knowing that we're all going to check out at some point, we're all going to leave at some point.

Burhaan Pattel (02:52):
And so just being aware of that and just knowing that it's kind of, you let go of all the petty differences and, and just have a relationship, you know, make that call to your father, to your mother, to your sisters, whoever it is, your friend, your best friend, and just make amends, you know, say what you wanted to say, apologize, do the things that you need to do. And, who knows, you know, life's too short to, to hold grudges. Number four and this is kind of on the mobile side again, is to actually sort your affairs out, meaning have a world drawn up. If you have assets, you know, make sure that your life is in order once you've checked out, when you check out whether it's the virus or whether it's any other time, we're all going to die at some point. So it's okay to say.

Burhaan Pattel (03:42):
And, so just have that written down, you know, have a notary or have a lawyer, or have somebody help you with that. Maybe discuss the plans with your family if you need to, just so that everybody's on board. So when the, when the day does arrive that you do check out or that somebody checks out that you're, you're kind of on board, you're, you're aware of what's going to happen in a lot of families these days, or I've been for awhile where brothers and sisters are fighting over inheritance, inheritance money, or in her assets. You know, there's movies to that effect, that show all, you know, kids fighting over, who's going to get the car and who's going to get the house and you don't want to be in that situation. You want to try to be prepared, responsible, you know, you're not preparing to die, but you're being responsible so that when you do go, if you do go, when you do go that at least those affairs are in order. Next is do what you can to earn some money.

Burhaan Pattel (04:41):
So, you know, if you had a restaurant and maybe you're closed because of lockdown situations, or just because of virus restrictions or whatever, the case may be pivot, and maybe do delivery, you know, register your restaurant on, one of these delivery apps, Uber eats, or, you know, try to get into one of these food marketplace, app type things and, deliver, deliver, you know, delivery service, or build a website and, and collect orders and deliver that way. If, if you've got this huge kitchen and, you know, people are going hungry, you could put up a, a nonprofit campaign that says, Hey, you're wanting, you've got this kitchen. You can get access to groceries, to cook for the needy. You know, people who are starving, who don't have money to buy food, you know, give back in some way, make, make, just basically just be useful and use your time well.

Burhaan Pattel (05:39):
In fact, that was number seven that I had written down, but it's linked to the money situation. So I've covered number seven already, but number six is just simplify your simplify and minimize. So, you know, we've got, we've got like, if you really had to look it, if I needed to find a little bit of money, I could sell this Ikea bookshelf. I could sell that microphone. I could donate some of these books to school or, you know, to somebody who's just at home looking for work, or hasn't got anything to do. You say, got another camera that there's another lens laying over there. I can put my hand in the right position. There we go. So there's stuff that I could sell just to come up with a little bit of money so that it's, it takes care of a few bills if I need to, or I can donate that money to somebody who may or may need it.

Burhaan Pattel (06:29):
So in that way, one I'm minimizing and I'm, de-cluttering what, what I have and freeing up mental space. That's what also the, the minimalism approach does. And also it just gives you that little bit of comfort that well, somebody else is making use of me making use of something that you don't need, and that, that money that you have, you can potentially save, or you can pay off your debt. Like I said earlier, or you can say, you know, use it in a way that's gonna build up your business, or you're going to make food, sorry, food and donate that money, donate the food, whatever the situation is like, just be of use be of, be, be of positive impact is at the end of the day, the seven steps to prepare for the new world is the world is going to change, right?

Burhaan Pattel (07:20):
So these are all actual, actionable things that you can do now so that when the world comes around and we're able to walk around again, when we're able to maybe meet some people, maybe not for a long time, but we're able to do a little bit of stuff outside that we're in a situation where we've already taken care of the basics. We've got those worries behind us, and we can adjust and make changes to our business, to our income, to our living standards, so that it matches what is required from a survival point of view. So also just, you might need cash to pay for medical bills or to, you know, take care of somebody who needs the money. If the government, if you're in a place where the government is not going to take care of that for you, hopefully not. Hopefully they do, but you know, you never know what the situation is.

Burhaan Pattel (08:14):
All countries, all countries are doing different things around the world when it comes to this virus. And again, I just wanted to drop document this list because it's kind of a time when I want to document stuff that's going on in my mind. Also just use it as a vlog, use YouTube as a sort of a dumping ground for my thoughts, almost like a vlog blog, right? And, hopefully this information is useful to some of you. It may, it may not necessarily be marketing related, but you know, I do want to also talk about some life lessons and, some things that are going on with me, that may help somebody else. So that being said, thank you so much stay safe be good look after each other and i'll see you on the next podcast episode. Bye bye.

35. Giving Yourself Permission with Caleb Nelson

Give yourself permission to explore, to fail, to try to journey. This is what this episode was all about with business coach Caleb Nelson.

In this episode, Dennis and I explore what it means to actually give a good experience and why it matters.

Listen Now
33. Growing, Niching, Working on vs In Your Business

In this episode, I talk to you about where I am in the process of figuring this out.